0
Oops! You've run out of room for more hearts.
Visit My 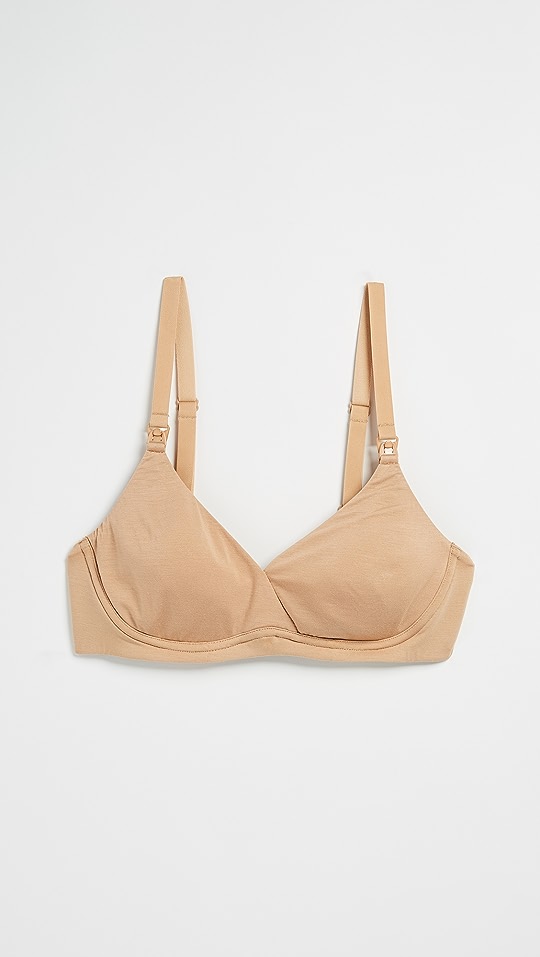 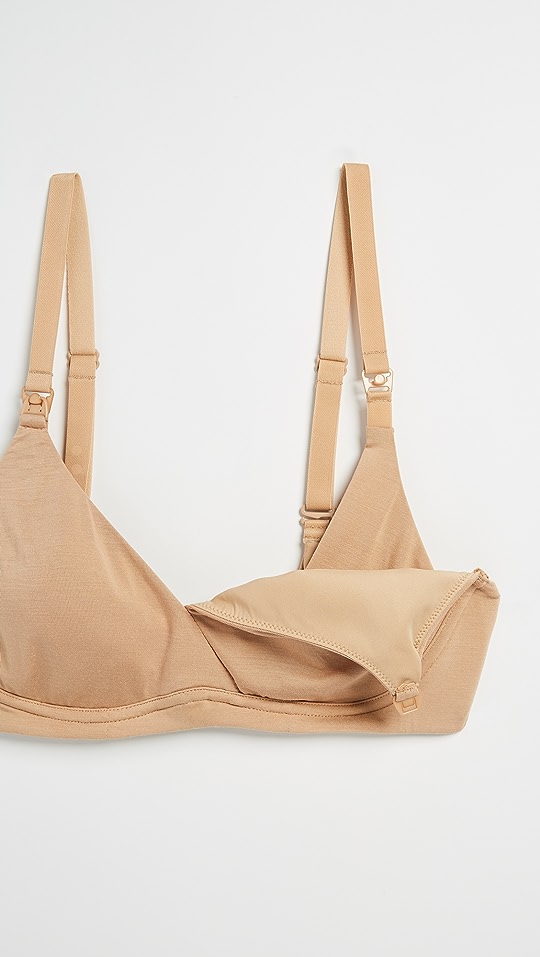 With a bra on, wrap a tape measure snugly, but not too tightly, around your rib cage, just below your bust line. This is your band size (US/UK sizing uses inches).

Then, wrap the tape measure around the fullest part of your bust. If the difference is:

Founded in 1983 by Italian husband and wife team Ugo and Valeria Campello, Cosabella (meaning "beautiful thing" in Italian) got its start and initial recognition with the design of bodysuits in the mid-eighties. Today, the Miami-based company is renowned for its comfortable, colorful, and diverse collections of lingerie. With the motto "Freedom of Color", each collection offers the perfect mix of American design and Italian craftsmanship. See all Cosabella reviews

Cannot find A Cup Nursing Bra!
If this came in XS, maybe it would fit me. I'm 32A and anticipate going up to B cup when nursing, but this bra was loose in the cup. Also, just made for larger breasts in general, more coverage than I anticipated, including the inner sling, which covered half my nipple and made a weird look in front and I imagine under clothes. The criss-cross in front is actually sewed in, so cup also doesn't come down all the way--not a deal breaker, and I'm bummed bc it's very very soft and a nice nude color, but I remain on quest for a nursing bra for smaller breasted women!
Sizing: Larger than Expected
report inappropriate content
clothinghorse
Canada
See all reviews by clothinghorse ( 13 )

best nursing bra ever
I've tried a few different nursing bras and this is hands-down the best. I've had 2 of these and have worn and washed them a ton and they still retain their shape, they definitely offer good support and easy access for nursing. Best of all, they're a lot like a t-shirt bra in how they look under clothes. Amazing. Worth the price.
Sizing: True to Size / As Expected
report inappropriate content
MAG4BBS
Portland, ME
See all reviews by MAG4BBS ( 4 )

sexy, comfortable maternity bra
I like the simplicity of this bra. Really comfy fabric and just the right amount of light padding for shape and modesty. It does not come as high up as some maternity/nursing bras, so I don't feel like I'm wearing a sports bra and can wear v-necks or lower scoop necks with it. Currently 34DD (34C pre-pregnancy) and the size large was the right fit.
report inappropriate content
C2016
Arlington, VA
See all reviews by C2016 ( 1 )

Best nursing bra
I bought a handful of nursing bras and this is by far the most comfortable and easiest to use. The cups are easily detached and stay out of the baby's way. In public you can easily have the baby in one hand and open and close the bra using only one hand. And I cannot overstate the comfort! The one downside is that if you find yourself walking quickly, it doesn't have the support to minimize bouncing. I'm buying this bra exclusively in anticipation of my next baby!
Sizing: True to Size / As Expected
report inappropriate content
Feedback received. Thank you! >
Sorry, we are currently unable to report this review. >
See something questionable or offensive? Let us know.
Cancel
Report as inappropriate
Talco Maternity Bra
Apologies
Need Assistance?

service@shopbop.com
24 hours a day,
7 days a week
All languages

s to clear out your old favorites
and make room for new ones.
close x